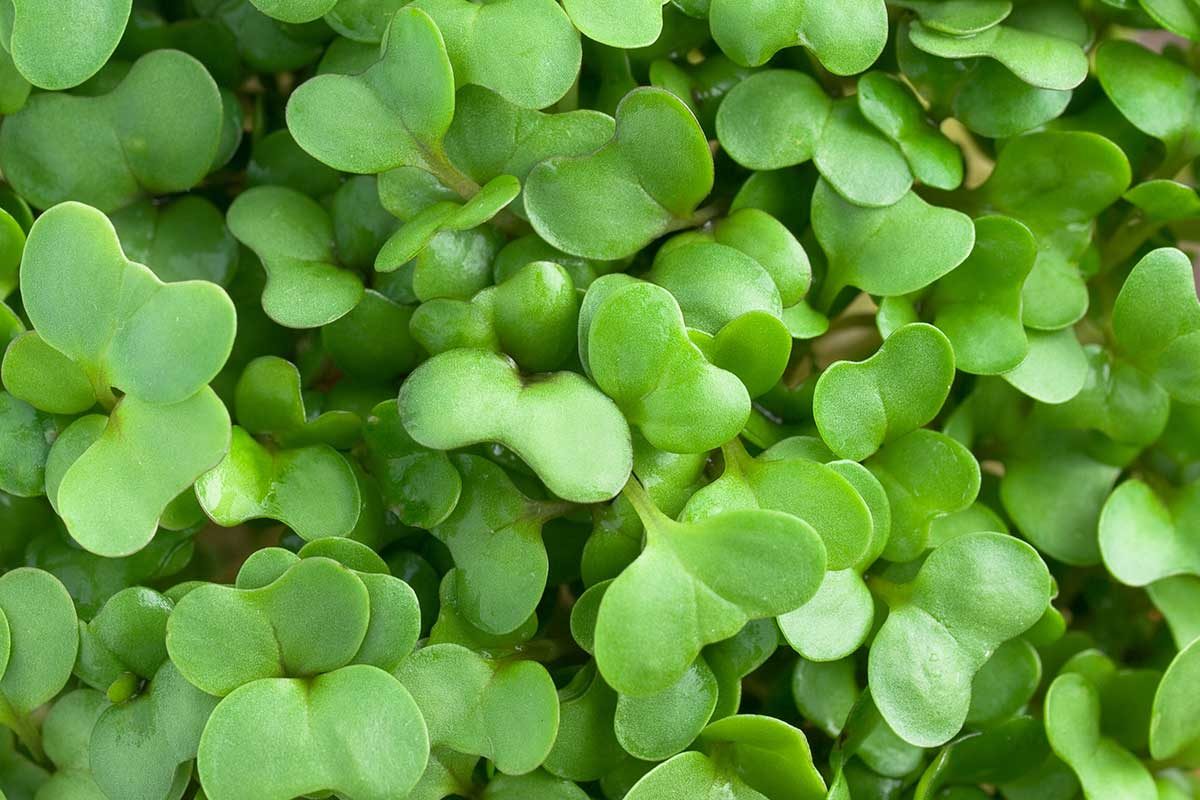 SECONDARY EFFECTS OF OBESITY   Obesity is linked to inflammation which contributes to Type 2 diabetes and cardiovascular as common co-morbities.

BROCCOLI SPROUTS – CLINICAL TRIAL EVIDENCE   Broccoli sprouts are known to be a very rich source of sulforaphane, the bioactive molecule to which a range of beneficial effects are attributed.  A number of clinical trials have demonstrated that positive health outcomes occurred with sulforaphane-yielding supplements and fresh sprouts.

STUDY DESIGN   The 2018 study described below took 40 healthy overweight adults (average age 46 years) with average BMI of 29 and average fat mass of 30%.  They were given daily portions of 30 grams of fresh broccoli sprouts which they were to include as part of a meal over a 10-week period.

RESULTS   There were significant changes in two key inflammation markers, Interleukin- 6 (Il-6) and C-reactive protein (CRP).  Over the 70 days of the intervention, Il-6 declined 38% and CRP declined 59%.  After discontinuation of the broccoli sprouts, both Il-6 and CRP rose (Il-6 more slowly than CRP) but at 160 days, neither biomarker had returned to its baseline level.

INTERPRETATION Interestingly, Il-6 continued to decline for at least a further 20 days following discontinuation of the broccoli sprouts, indicating that the mechanism may be associated with longer-term changes in gene expression of related genes.

WHAT IS THE DRY POWDER EQUIVALENT OF 30 GRAMS FRESH SPROUTS?  The sprout drying process removes only the water in a 12:1 ratio, so that 30 grams of fresh sprouts would produce 2.5 grams of dried material.

If ESP has been adequately deactivated, the dried broccoli sprouts may yield more sulforaphane than the fresh sprouts.  This means that it is possible that the effect seen in this study may occur with less than 2.5 grams of a high-quality broccoli sprout material.

GLUCORAPHANIN (GRN) CONTENT OF 30 GRAMS FRESH SPROUTS   The fresh sprouts contained 51 mg GRN per serve, together with lesser quantities of other glucosinolates which occur naturally in fresh broccoli sprouts.  If it were possible to convert all the GRN to sulforaphane via the myrosinase enzyme, these sprouts would provide a theoretical SFN YIELD of around 20 mg.

HOW DOES THIS COMPARE WITH ENDURACELL?  EnduraCell yields approximately 20 mg per gram of broccoli sprout powder, so that the results shown in this study using fresh sprouts would be expected to be replicated by 1 gram daily of EnduraCell.